The Divine Love of Friendship

I used to hate the word “friend.”

No longer do I call you servants, for a servant does not know what his master is doing; but I have called you friends, for all things that I heard from My Father I have made known to you.

You know when a verse just hits you? It strikes you in some way – your head, your heart… something. You just know that specific verse was intended for you at that specific time. That’s what happened to me with this verse.

It made me realize that God created friendship so it wasn’t the problem. I was. My perception of what friendship was turned out to be something entirely different than what God intended friendship to be. 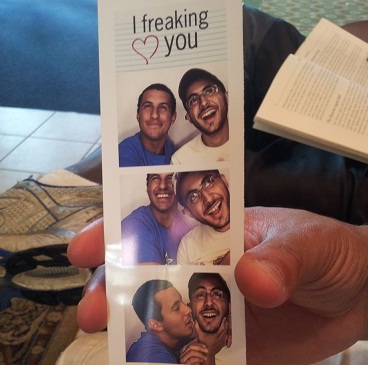 In His great humility, God calls us to an intimate friendship with Him through Jesus Christ. He wants to share with You the mysteries of the universe:

‘Call to Me, and I will answer you, and show you great and mighty things, which you do not know.’ (Jeremiah 33:3)

… and he wants you to share your life with Him.

People who ask, “why do I need to pray if God already knows everything” are completely missing the point. He just wants you to talk to Him.. to share your emotions, thoughts, and feelings with him. He loves you. All he ever wanted from the foundation of the world was for us to have complete unity with Him. This is Jesus praying to the Father:

He wants Him to be in you, and you to be in Him!!! That’s why He sent the Holy Spirit to dwell in us.. to lead, comfort, and teach us all things. The thing is, none of this can happen unless you first open yourself up to Him – unless you begin to share who you are with Him. It all starts with friendship.

God gives the best hugs, wants you to experience the coolest things with Him, and He tells the funniest jokes. Don’t believe me? I’ll share a personal story with you:

Once, a friend wanted me to meet a girl named Charity on an informal double date of sorts. I was reluctant because I just didn’t feel up to it. I eventually agreed, but was still feeling uneasy about my decision. As I’m talking with God about it, I say “God I really need a good laugh right now.. like you know those times that you laugh so hard that it hurts your stomach? .. well I want to laugh like that right now – You know I could use it.” And I asked Him to tell me a joke. A really really funny one. Well it couldn’t have been 10 minutes when I felt a strong impulse to read 1 Corinthians 13 (the famous love passage). I pulled out my phone, went to my YouVersion app, and tried to read it. I usually use the New King James Version of the Bible, but long story short, I was forced to resort to the plain old King James Version (because of connectivity).

I start reading, “Though I speak with the tongues of men and of angels, and have not charity, I become as sounding brass, or a tinkling cymbal. And though I have the gift of prophecy, and understand all mysteries, and all knowledge; and though I have all faith, so that I could remove mountains, and have not charity, I am nothing.” I bust out laughing for a solid two minutes. It turns out that ‘charity’ means Christian love. Who knew?! God did, and there are few times that I’ve laughed harder in my life.

The point is: God wants you to invite Him to live life with you. You don’t have to be a monk in order to incorporate Him into your life. Start as friends and see where it goes

God created us to be in community with one another. You can’t love God and hate your brother (1 John 4:20) in the same way you can’t claim to be God’s friend and not express this type of love to other people… it just doesn’t work.

The following sections are excerpts from an essay I wrote on the friendship between Jonathan and David, one of the most beautiful examples of friendship in the Bible:

“I will now cite you from the Scriptures a wonderful instance of friendship. Jonathan, the son of Saul, loved David, and his soul was so knit to him.”1 This same type of love is referenced in Genesis 44:30-31: “Now therefore, when I come to your servant my father, and the lad is not with us, since his life is bound up in the lad’s life, it will happen, when he sees that the lad is not with us, that he will die…” This love is such that one’s life becomes completely devoted to and “bound up in another’s” confirming that, “love does not seek its own” (1 Corinthians 13:5).

Furthermore, Jonathan helped David on many occasions showing that he truly loved David and did not envy that God had chosen him to rule His people as king. St. John Chrysostom puts it this way: “Did he envy David? Not at all, though he had great reason. How? Because, by the events he perceived that the kingdom would pass from himself to him, yet he felt nothing of the kind. He did not say, ‘This is he that is depriving me of my paternal kingdom,’ but he favoured his obtaining the sovereignty; and he spared not his father for the sake of his friend.”1 The sacrificial love found in the friendship between Jonathan and David has absolutely no place for the bitter feeling of envy.

Divine agape love is also marked by a willingness to give everything for the sake of the other. Jonathan is a type of Christ because he not only helps David obtain the kingdom, but he readily gives him all that is his.

“Jonathan took off the robe that was on him and gave it to David, with his armor, even to his sword and his bow and his belt. So David went out wherever Saul sent him, and behaved wisely. And Saul set him over the men of war, and he was accepted in the sight of all the people and also in the sight of Saul’s servants” (1 Samuel 18:4-5).

Love lowers self in order to exalt another

Jonathan lowered himself in order to exalt David which mirrors what God did for us through Christ: “He was made man that we might be made God and He endured the insolence of men that we might inherit immortality” (St Athanasius). Just like Christ “who, being in the form of God, did not consider it robbery to be equal with God, but made Himself of no reputation, taking the form of a bondservant, and coming in the likeness of men (Philippians 2:5-7)” Jonathan, who was rightful heir to the throne,  did not consider it robbery that David was to be king. Instead, Jonathan stripped himself of everything that was his in order to give to David.

Even more than stripping himself of everything, Jonathan expresses the greatest level of love one person can express for another. He is willing to die so David might live (1 Samuel 20:17).2 Christ confirms this as the highest form of love in John 15:13, “Greater love has no one than this, than to lay down one’s life for his friends.” St. John Chrysostom says this: “He was many times willing even to die for his friend, and far from accusing him, he restrained even his father’s accusation. Instead of envying, he joined in obtaining the kingdom for him. Why do I speak of wealth? He even sacrificed his own life for him. For the sake of his friend, he did not even stand in awe of his father, since his father entertained unjust designs, but his conscience was free from all such.” 1 It is amazing to see that just as Jonathan interceded for David to his father, Jesus Christ is at the right hand of God and is also interceding for us (Romans 8:34).

Jonathan was willing to be accursed from his father (seen in 1 Samuel 20:30) on behalf of David just as Jesus Christ willingly gave up His life for us knowing how truly gruesome His death would be. This is an impossible love that is truly a gift from God. St. Paul tasted this love for his friends in Christ when he said, “I tell the truth in Christ, I am not lying, my conscience also bearing me witness in the Holy Spirit, that I have great sorrow and continual grief in my heart. For I could wish that I myself were accursed from Christ for my brethren, my countrymen according to the flesh” (Romans 9:1-3). This type of love for friends goes beyond words and is only possible with God’s grace.

Due to the incredible nature of this love King David exclaims, “your love to me was wonderful, surpassing the love of women” (2 Samuel 1:26) as he mourns the death of his friend. There are some who misinterpret this verse and claim that Jonathan and David were involved in a homosexual relationship, but this is not the case. David and Jonathan had a divine love that superseded any type of sensual, earthly love. There is no way for a person who has not experienced the divine love of God in friendship to grasp this logically. In a similar fashion, David says of God, “Because Your love is better than life, my lips will glorify you” (Psalm 63:3). There is no way to understand that there is anything better than this life if you haven’t yet tasted the sweetness of God. It is no surprise then that St. John Chrysostom writes, “Such friendship I would wish all to entertain both towards the living and the dead.”1

I am a technology entrepreneur who enjoys fiddling with gadgets, coming up with high-tech ways to automate everyday life, and building technical solutions for various businesses. I am on a journey to becoming fully alive by learning how to be a member of humanity and a partaker of the divine. It is my deep desire to inspire people who are just existing to live passionately and adventurously for a purpose beyond themselves. I am eager to point my reader to a compelling and life changing power that is theirs to claim if they want it. Just as a blind man tries to feel his way along a wall, so must we be continually attempting to grasp the deep meanings of life. "And so we have the prophetic word confirmed, which you do well to heed as a light that shines in a dark place, until the day dawns and the morning star rises in your hearts"

Why Are Most Of Your Friends Girls?
Spoken Word | We Belong To Each Other
The Blur Between Today and Yesterday
Living; A Lost Art
Nifuna, Nifuna, Nifuna
The Holy City
Eternal Summer
The Pride of Intolerance
The Truth About Moving On